KG.codes · 1 minute read ·
⁣What is code refactoring?
Refactoring is the process of restructuring existing code (changing the factoring) without changing its external behavior.
Here are 6 tips for refactoring code:

Follow the D.R.Y. principle and Don’t Repeat Yourself.
— If you see code, functions, and/or logic being repeated, rewrite the code to remove the duplication.

Follow the Single Responsibility Principle. Variables/classes/functions should have a single responsibility and thus only a single reason to change. Ensure a separation of concerns by having separating things into sections that handle a certain ‘concern’.
— avoid coupling of different logical entities

— Remove anything that is unneeded to simplify the code and reduce confusion or “why is this here?”
— Y.A.G.N.I “You aren’t gonna need it”: avoid trying to cover every possible extra case and future scenario if the likelihood is low or very unknown

Sometimes it’s better to stay consistent with the current project, even if there might be a better way.
— Follow standards where you can to make your code more predictable to others

A design pattern is a general, reusable solution to a commonly occurring problem in software design.
— Always keep things simple first; only adopt a design pattern when the code begins to show it 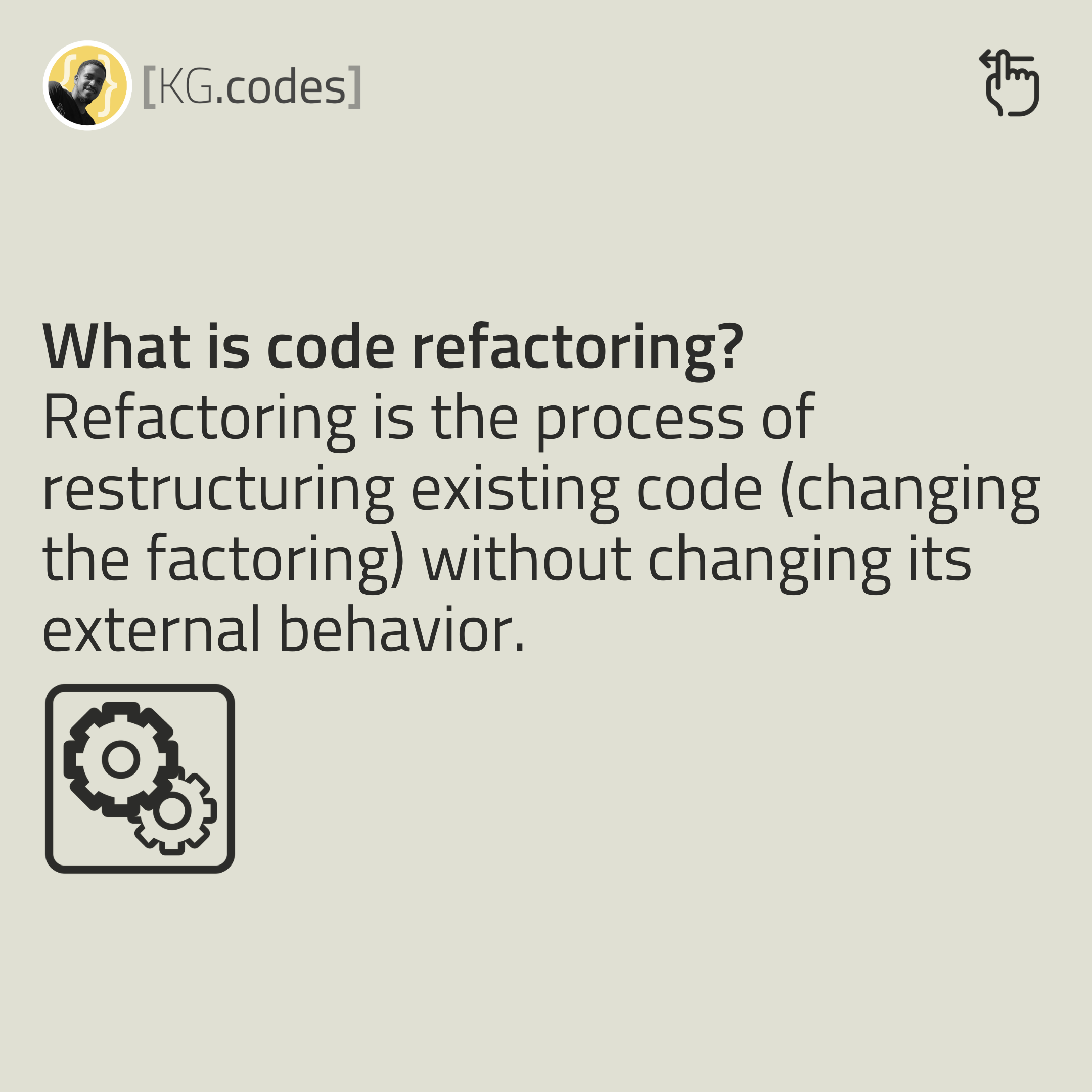 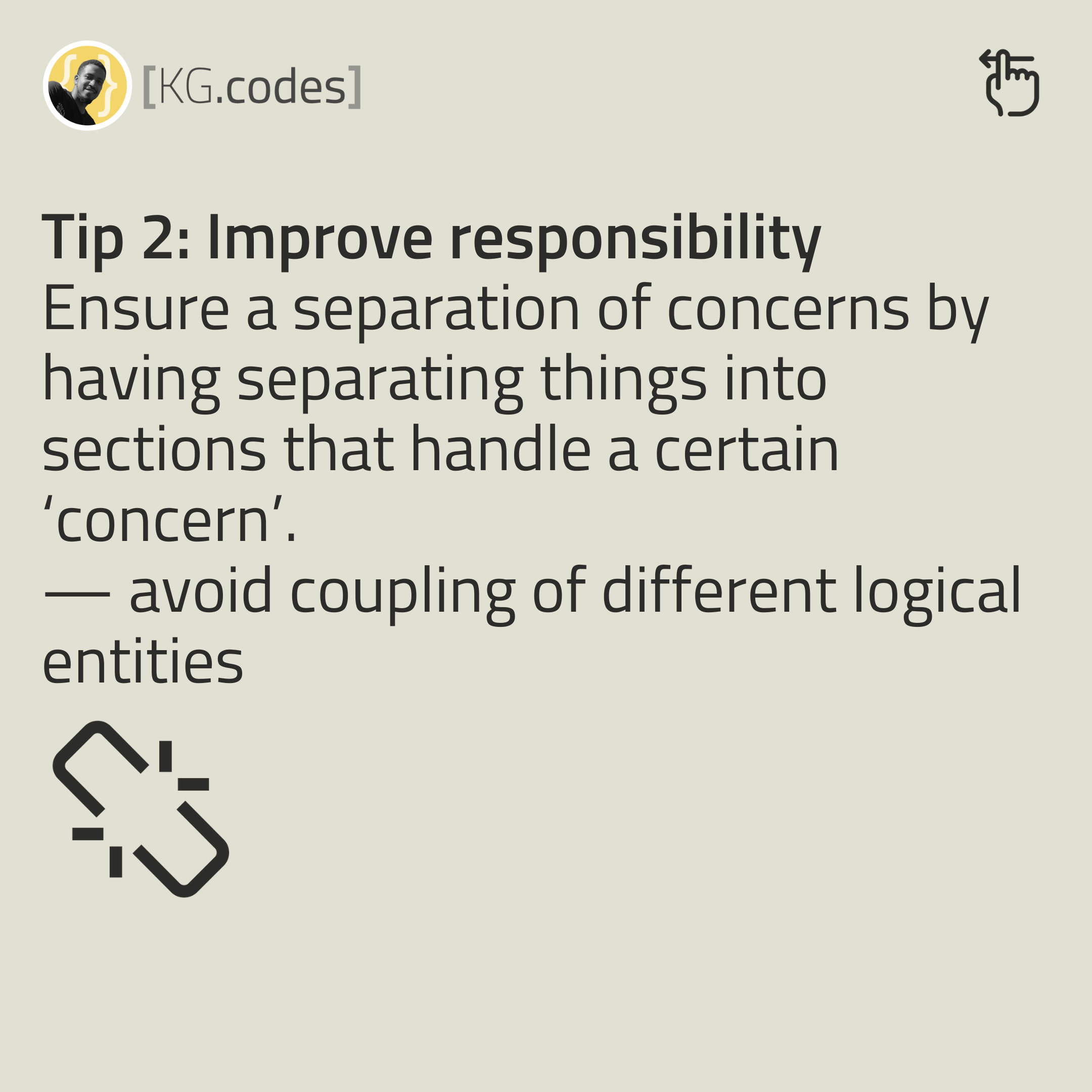 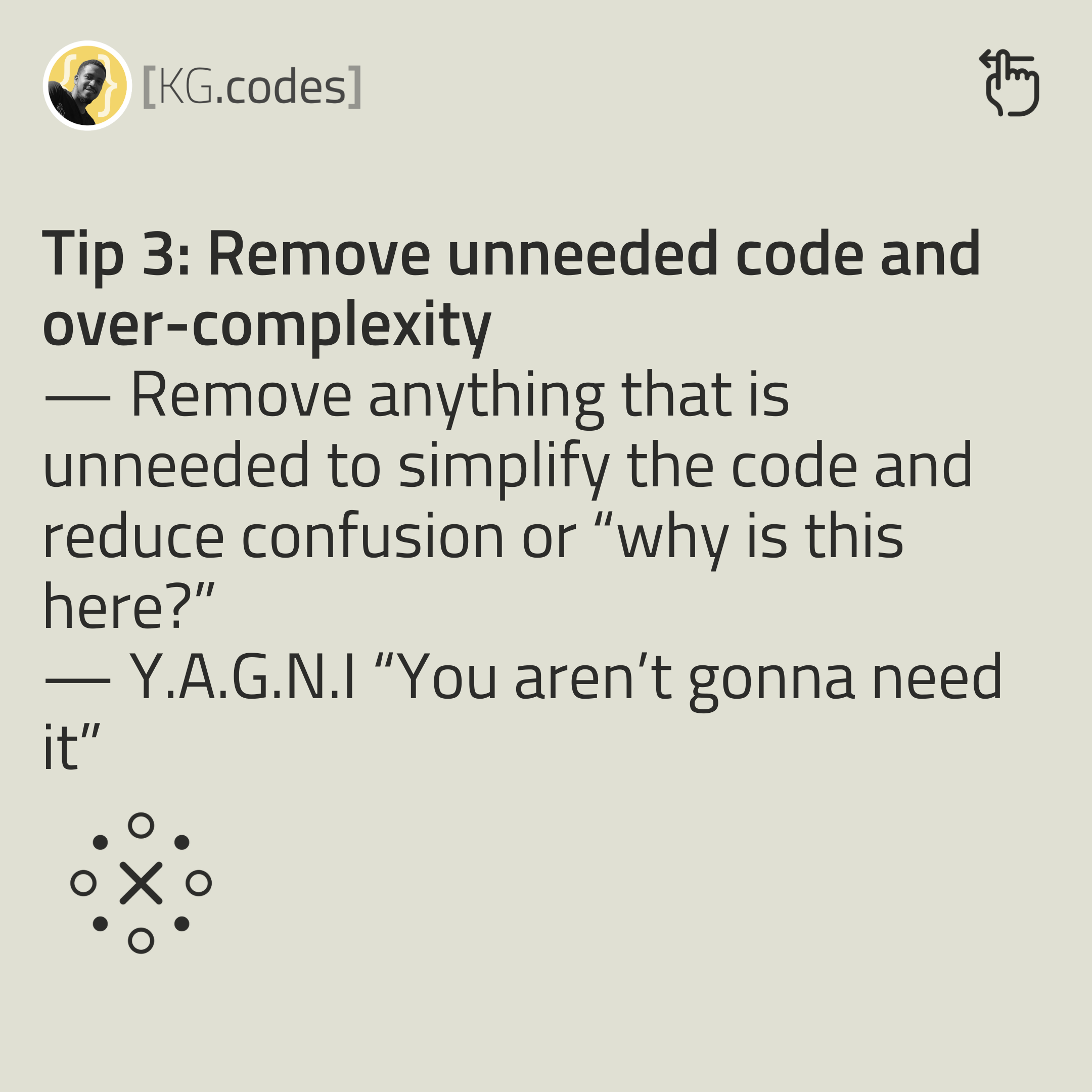 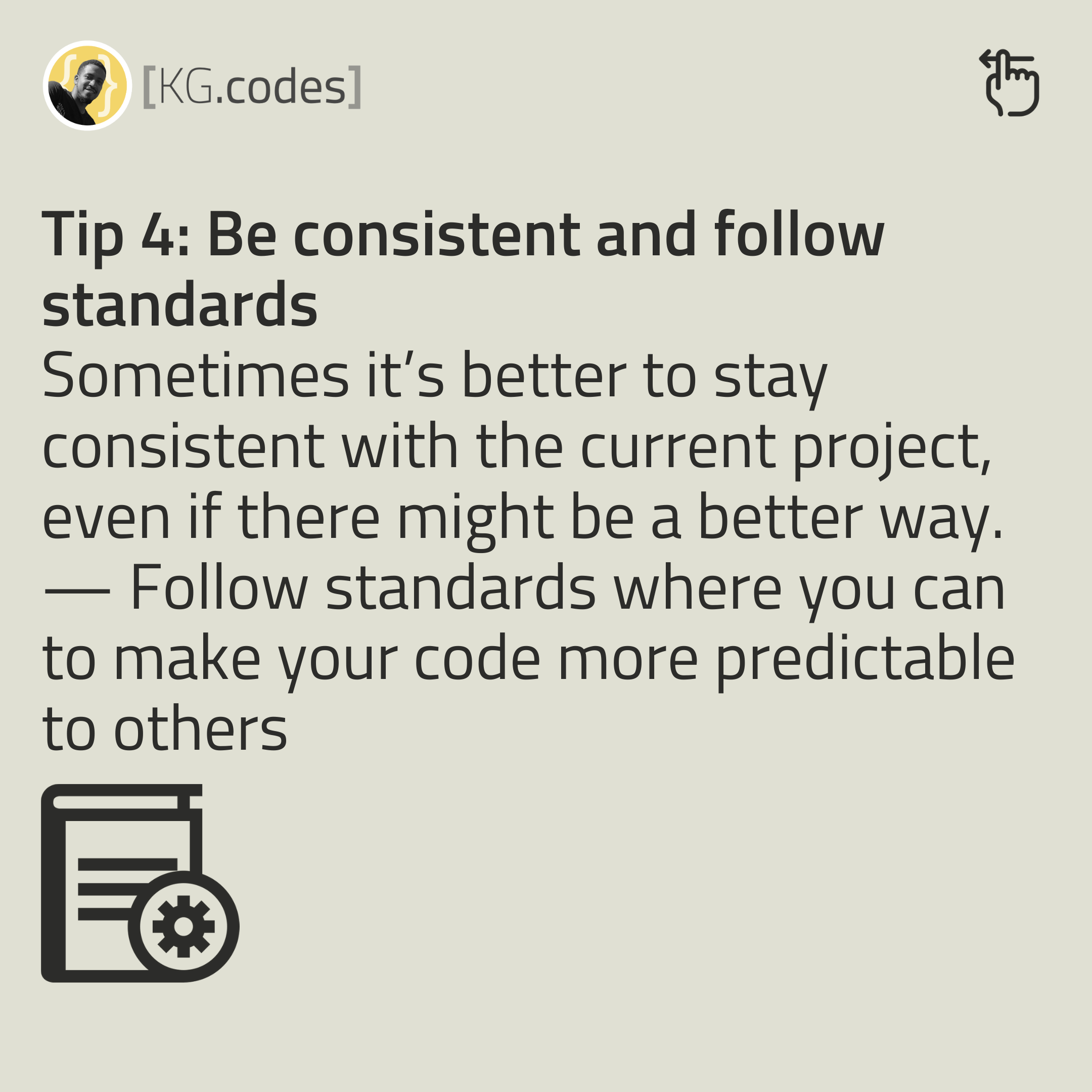 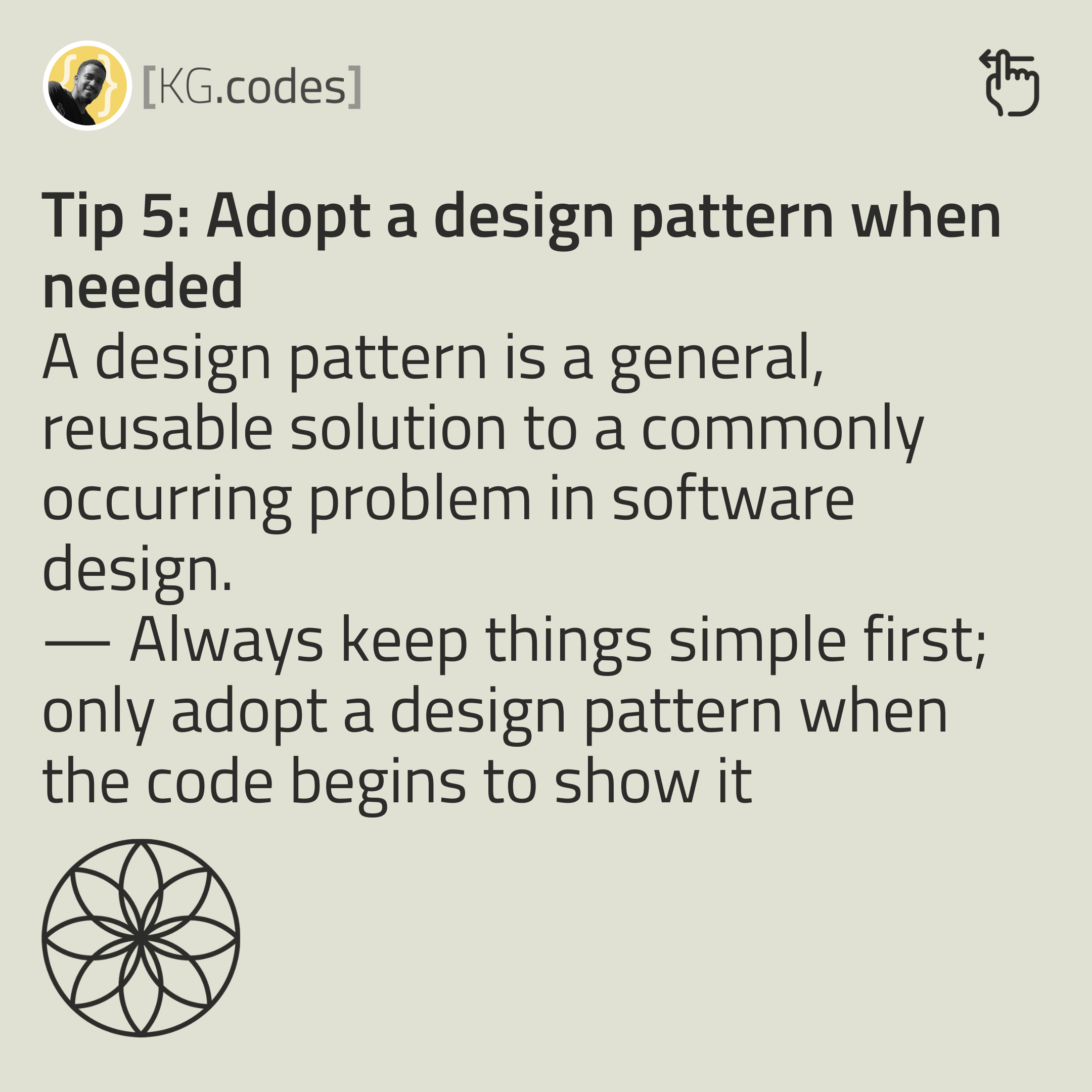 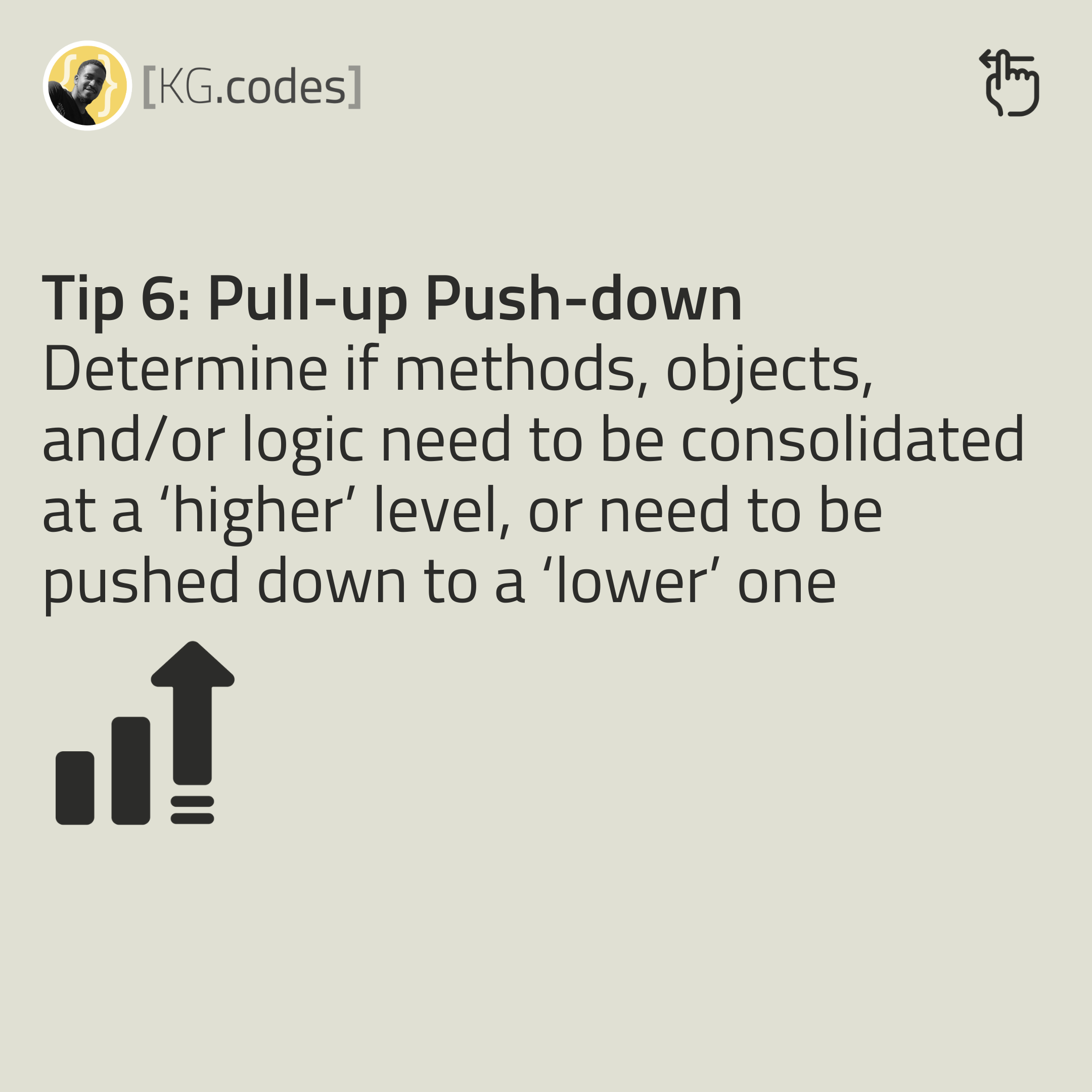 ⁉️ What tips so you have for refactoring code?